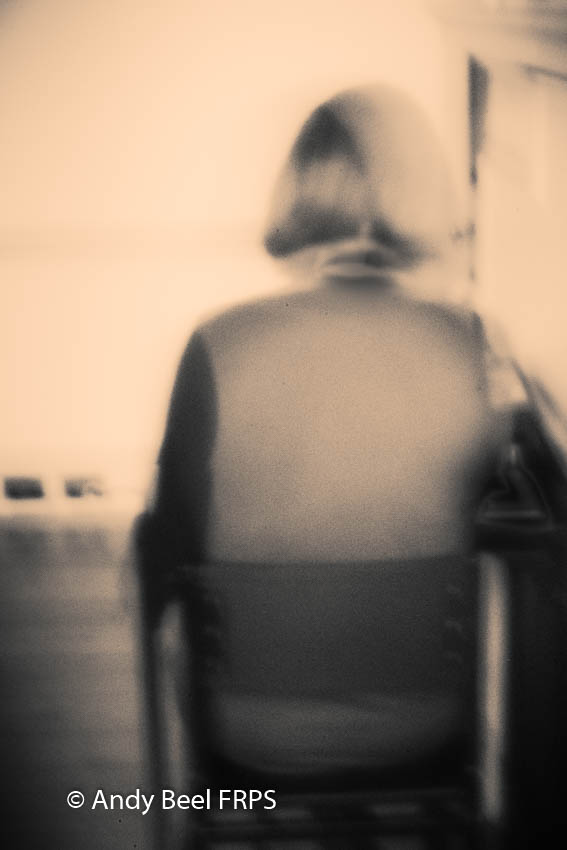 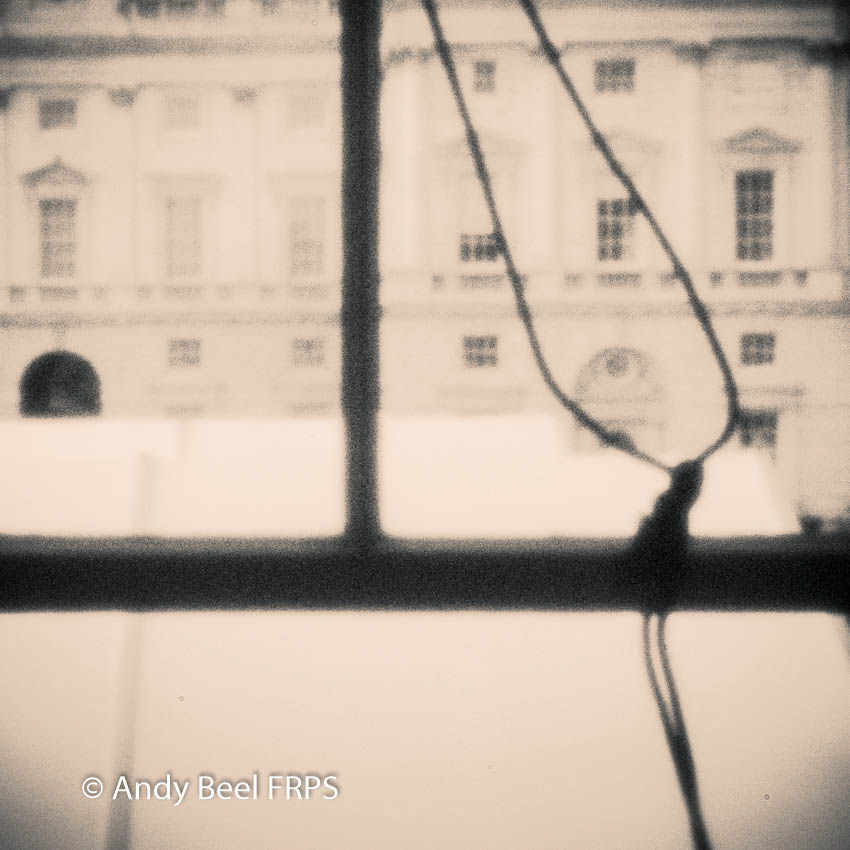 1 What will I learn?

The digital pinhole lens has a direct link back to the days of pre-photographic lenses used in the most basic Camera Obscura. The lens does not contain a glass lens but a small hole. The smaller the hole the sharper the image.

(As an aside the word Lens comes from the Latin – Lentis – the seed of Lentil).

As a result of the digital pinhole photos workshop, you will be able to use your pinhole lens and expand your picture taking opportunities. To progress, we are required to be prepared to embrace serendipity and ambiguity for a far greater artistic interpretation of the chosen subject matter. We all need to step outside our zone of comfort with conventional lenses.

“Would you like some inspiration and help to get the best from your pinhole lens?”

Pinhole lenses are available in two types, fixed and variable aperture. With the fixed type the apertures can vary from f100 to f500. There are pinhole exposure calculators available online as an App for your phone. I am happy to raise the ISO and allow the meter to suggest a shutter speed.

A fixed pinhole lens is actually a camera body cap adapted to allow a very small hole to be positioned in the correct location.

I have the variable pinhole lenses as supplied by Thingyfy Pinhole Pro Lens which has a range of stops from 0.80mm to 0.10mm. The lens performance between 0.50mm and 0.80mm could not be described as acceptably sharp. The variable pinhole begins to work effectively at 0.35mm and below. The focal length of most pinhole lenses is 50mm and this is set by the distance of the pinhole from the sensor.

if you are using a pinhole lens on a film body here is a little crib sheet.

(I used MrPinhole to calculate these) 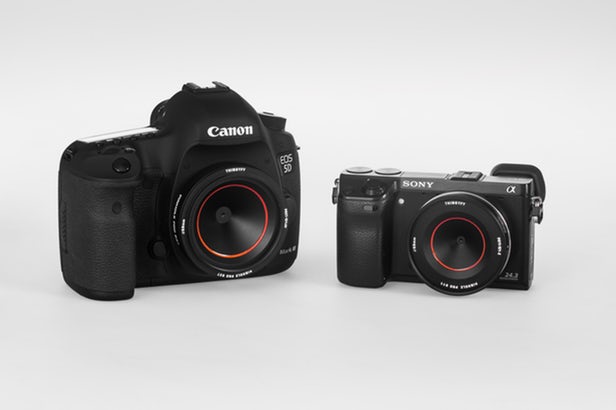 2 The workshop at a glance

Included in the cost

Excluded from the cost

Please go to our frequently asked questions page to help you.

Once you become a client, part of the package is unlimited on-going email support. So if you have a question, please email me info@andybeelfrps.co.uk

If you are using a pinhole lens with film you are more than welcome to join us and share your experience of this evocative form of photography. 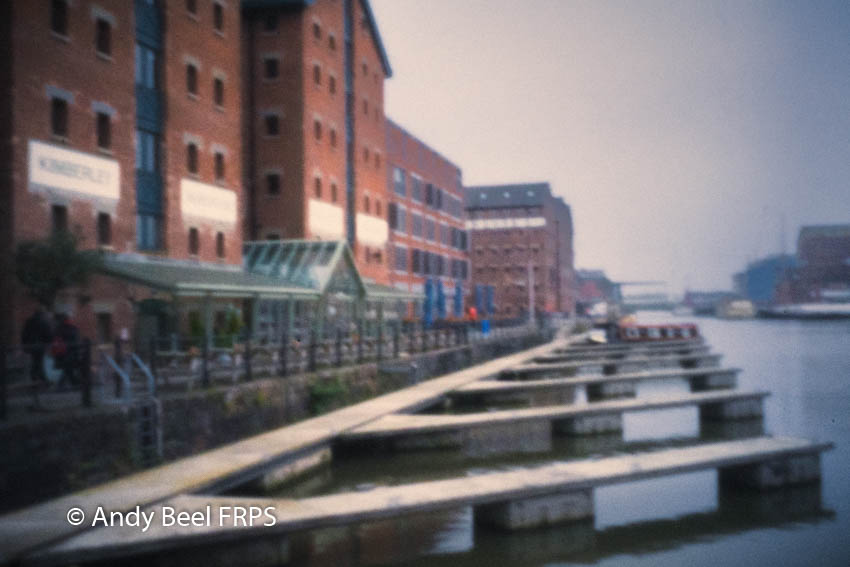 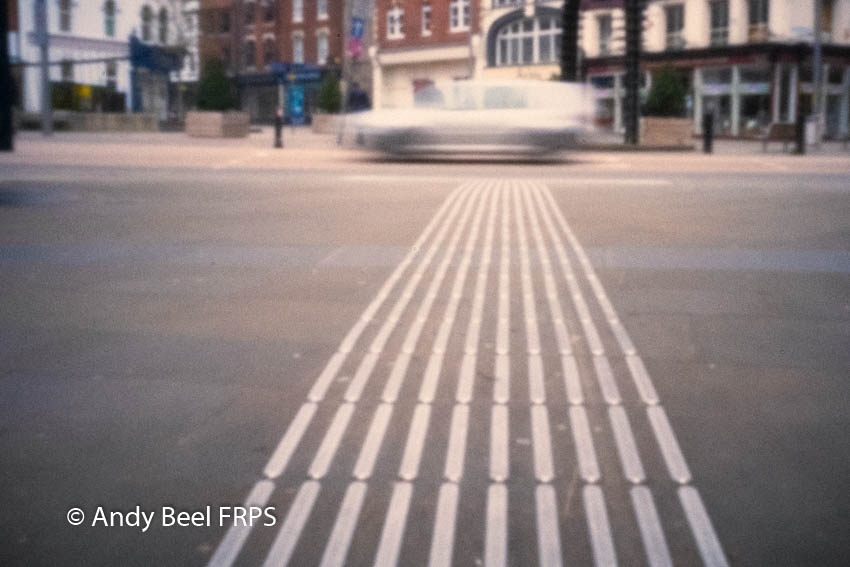 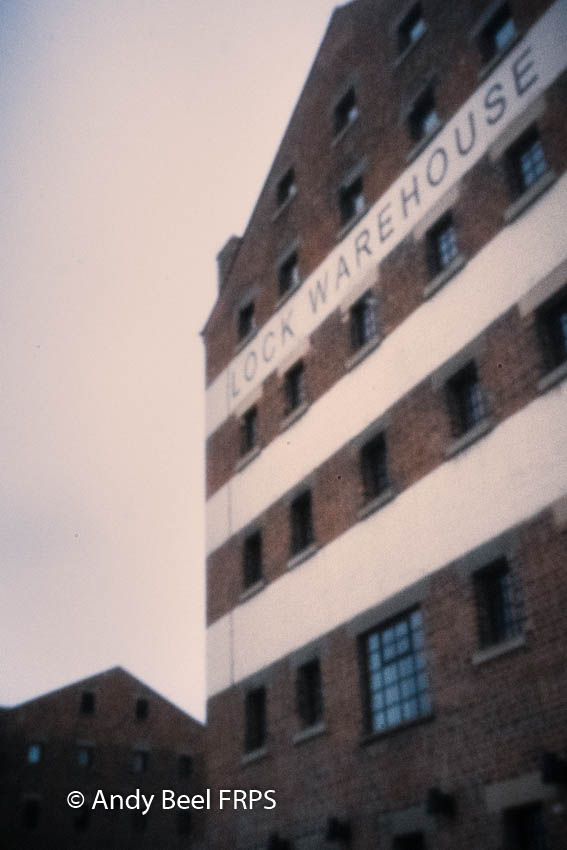 The topics we will discuss in the tutorial are:

A note on the pinhole post-processing workflow

Post-processing determines the style and look of the finished picture. You as the photographer in charge of the artistic process can choose any style for your pictures. For the pictures shown here, I have used a digital Lith style. There is no necessity for you to follow suit. However, I offer 121 tuition in all types of post-processing should you feel the need to strengthen your core photographic skills.

For the workshop, it is assumed you have a pinhole lens to fit your digital camera. However, I do have a Canon EF(s) and a Fujifilm X mount pinhole lenses that you may borrow for the day if you would like to.

The group will be encouraged to share pictures they have taken on the workshop so you can all learn from each other. Every group of participants yields a range of experience and each member brings their own vision and style.

As the workshop leader, I will also review and comment on the pictures you take during the day and make insightful comments to improve your seeing and technical skills. 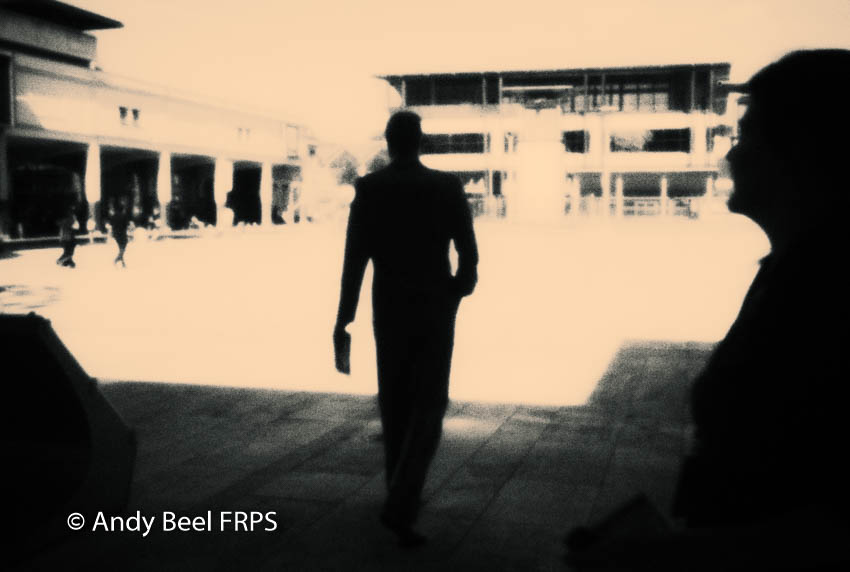 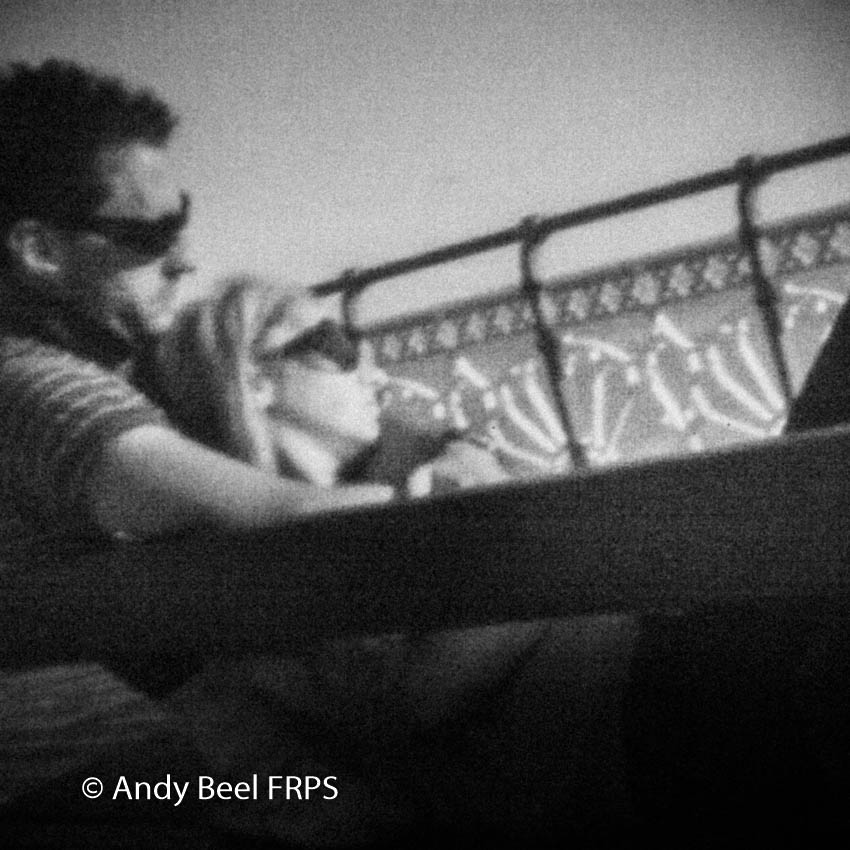 7 Is this digital pinhole photo workshop for me?

The pinhole lens has been around for hundreds of years and now in the 21st century, we can use it to create pictures with great subtlety and suggestion. There is a trend in digital photography to become ever more realistic and representative of the chosen subject matter. The pinhole lens allows the photographer and viewer to make their own assumptions about the meaning and context of the picture. This wonderful ambiguity facilitates “the viewers share” according to art historian Sir Ernst Gombrich. The viewer’s share being, the viewer’s own individual interpretation of the picture.

The workshop opens the door to exploration of your photographic vision and style. We are all attracted to different styles of photography for differing reasons. If you can see the appeal of a “less is more” approach to digital picture making, then you will be very welcome to join us. One of the aims of the digital pinhole photo workshop is to encourage you to celebrate the beauty that is created with a distinct and intentional lack of picture clarity.

When you are ready to book please return to the top of the page.

Making your best, even better 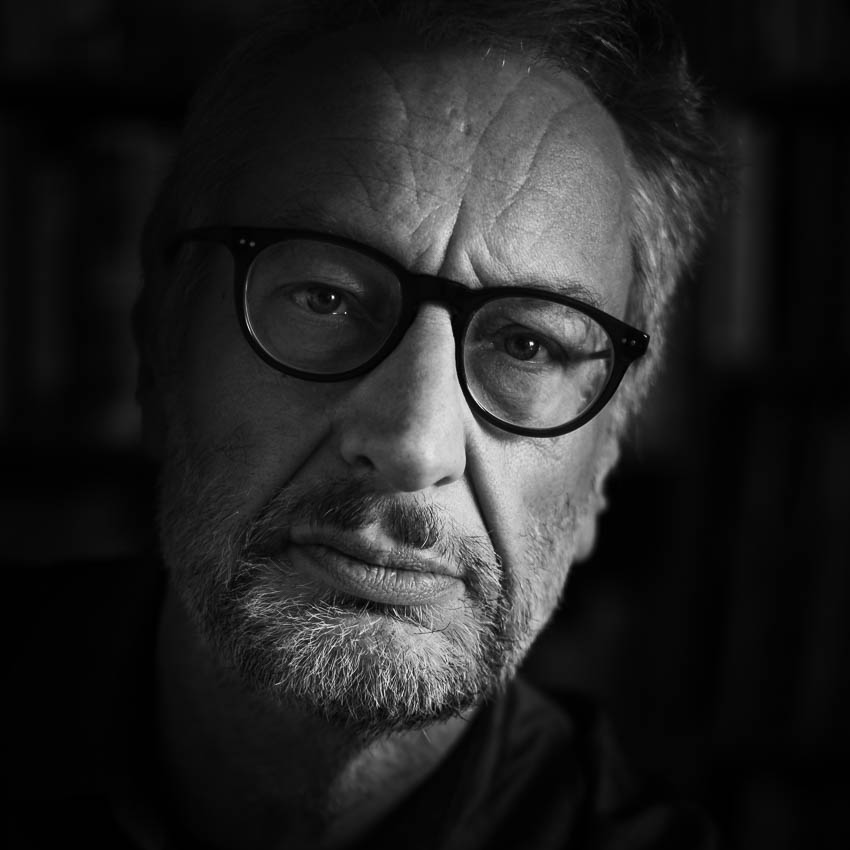