The Long View of Photography 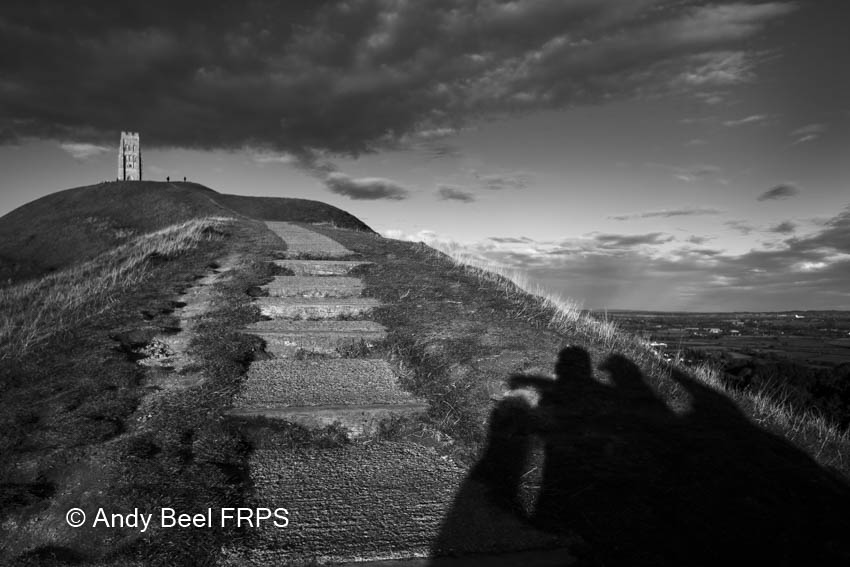 The long view, fourteenth-century St Michael’s Tower Glastonbury Tor (St Michael is the patron saint against danger at sea and policemen!). The Natural Philosophers (Scientists) of the Early Modern era (1300 – 1750) were looking for connections in a created holistic universe. In Anglican Sir Issac Newton’s world view Theology, Astronomy and Astrology were different aspects of the same whole. The idea of a battle between religion and science came along in the nineteenth century. Natural Philosopher’s like Newton, Kepler, Copernicus and Galileo all made their groundbreaking discoveries before then and would not have recognised the idea of such a battleground.

A long view from economics

A long view of photography

The ability to make an informed and rational judgement needs a framework of facts to be the basis of comparison. In the age of clickbait, it’s easy to be fed sensational statistics or facts without any basis to know whether the information is true, false or taken out of context. Of course, the information may be true but limited to a very specific criterion. Take, for example, the Fujifilm’s claim the X-T1 was the fastest focusing camera on the market at the time in 2014. This claim was only true with the 35mm f1.4 lens at a specified aperture and distance to the subject.

A long view from Economics

In the long view from economics, I have included two real case studies firstly, has the government borrowed more than it earns happened before? And secondly, the historically ultra-low Bank of England Base rate of 0.1% will come back to bite the unwary.

Do rich countries have debts?

Here is my version of the long view about government debt and the cost of social and economic support measures in the 2020 pandemic.

That nice Rishi Sunak has splashed the cash and tried to save jobs. The press has picked up the fact the cost of the support is greater than the countries income for 2020. Economists call the country’s income the gross domestic product or GDP for short. As of 13 Oct 2020, the percentage of government debt compared to GDP is 100.9%. Well isn’t that a terrible thing, we owe more than we earn, has it happened before? Remember about the framework of facts required to make an informed judgement.

At its height, the British empire comprised of over 13,000,000 square miles, nearly a quarter of the land-mass of the planet. The empire ruled more than 500 million people, over one in five the world’s population. The United Kingdom was the richest and most powerful country in the world, bar none. Did the UK government have debts? Put your hand up if you think the answer is yes. Many wars and battles were fought all over the world to enlarge the empire and maintain the balance of power in Europe and elsewhere. The foreign policy to build and maintain the world’s largest navy greatly assisted empire building. Here is not the time or place to discuss the rights and wrongs of empires be they British, French, German, Spanish, Portuguese Russian or Dutch plus many more.

Below is a graph that compares net government debt and what the country earns called Gross Domestic Product (GDP). On the left of the graph, we see estimates of debt and GDP. We cannot be sure of the complete accuracy of the historical figures. The Whig party Bank of England idea came to fruition in 1694 to help deal with the problem of rising government debt. Also, King William III and Parliament needed new money to rebuild the Royal Navy after the disastrous battle of Beachy Head in 1690 against the French. The new central bank was challenged to raise a then staggering sum of £1,200,000. This capital was raised in a matter of 12 days from public subscriptions to be repaid with interest at 6%.

Noted here are periods when the percentage of government debt has been above 100% of GDP since 1692, this is the long view.

1756 – 1772 The Seven Years war (the real first world war), enlargement of the British empire, the Bengal Bubble (not to be confused with The South Sea Bubble) also including the year 1759 Annus Mirabilis – The Year of Victories.

HMS Victory Admiral Nelson’s Flag Ship in the 1805 Battle of Trafalgar. Britain and others against France and Spain in the war of the Third (French) Coalition. The sea battle was won by Nelson’s strategy but the war was ultimately lost to the French in Europe. The war of the Fourth Coalition started in 1806. 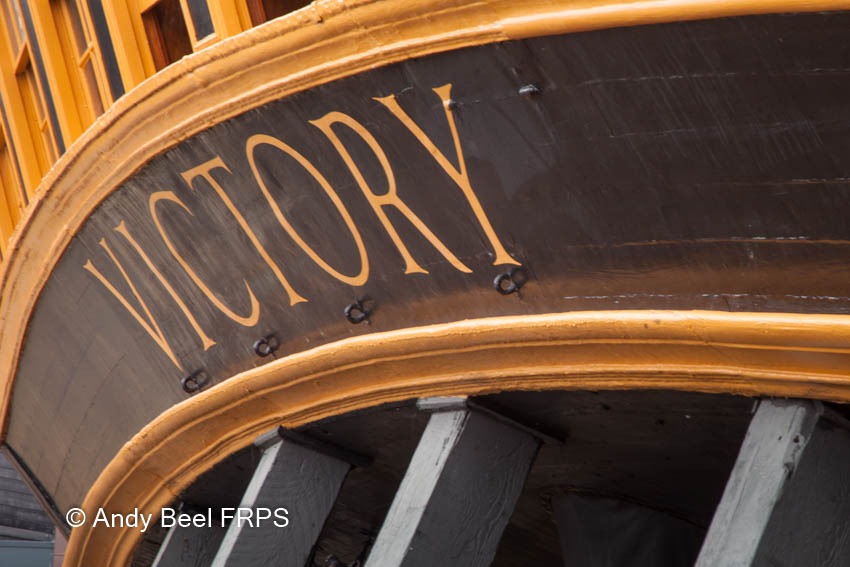 1797 – 1853 Nelson in the Wars of the French Revolution, Napoleonic Wars, the Irish Rebellion, Abolition of slavery compensation, Return to the Gold Standard.

Another eighteenth-century Tory idea this time to pay-off government debt was The South Sea Company created by Parliament in 1711 to trade with the Spanish colonies in North and South America. Debt rose from about 25% to 75% of GDP in the 1710s. When the company was formed, Britain was involved in the War of the Spanish Succession, Spain and Portugal controlled most of the Americas. Thus, there was no realistic prospect that trade would take place, and as it turned out, the Company never realised any significant profit from its monopoly.

However, company stock rose greatly in value as it expanded its operations dealing in the refinancing of government debt, and peaked in 1720 before suddenly collapsing little above its original flotation price. When the South Sea Bubble burst in October 1720 the share price fell from its peak of £1050 to £150 in six weeks. Here is a share price graph to demonstrate the scale of the rise and fall. The company had to be bailed out by the Bank of England and the profitable British East India Company.

Bank of England Historical Base Rates

I find this story interesting in our current age of Bank of England Base Rate of 0.10%. In normal times the historical average hovered around 3 or 4%. Even during and after WWII the base rate was fixed at 2.0% throughout the 1940s according to Bank of England statistics.

The long view of Photography

Everything changes and also stays the same, this is my long view of photography. To put a bit more detail on that and to quote Henri Cartier-Bresson in 1952:

“For me, photography has not changed except in its technical aspects”.

We need to think about photography and the servant role of technology. Technology and technique follow the lead of your artistic intent and expressive vision. Vision and intent come from your photographic inspiration. Camera technology is becoming ever more sophisticated. Therefore, the statement, “cameras have nothing to do with photography” may appear to be a little odd. Maybe a similar idea is “cameras don’t take pictures, the photographer does”.

If you want to be a photographer who makes expressive and satisfying pictures that reflect your view of the world. Hence, your vision and intent will have to dominate the chain of decision making. The camera is only one link in the chain and not even the first. Your expensive camera is only a box to record your ideas. Similarly, it is one of the links in the photographic chain, not the be-all and end-all. Digital technology does not provide the answers to the ultimate photographic questions, it only provides a means to make a record with greater accuracy and speed.

For more about the different inputs and outputs of the expressive photographic process read chapter 5 of the ABC of CameraWork Manual. 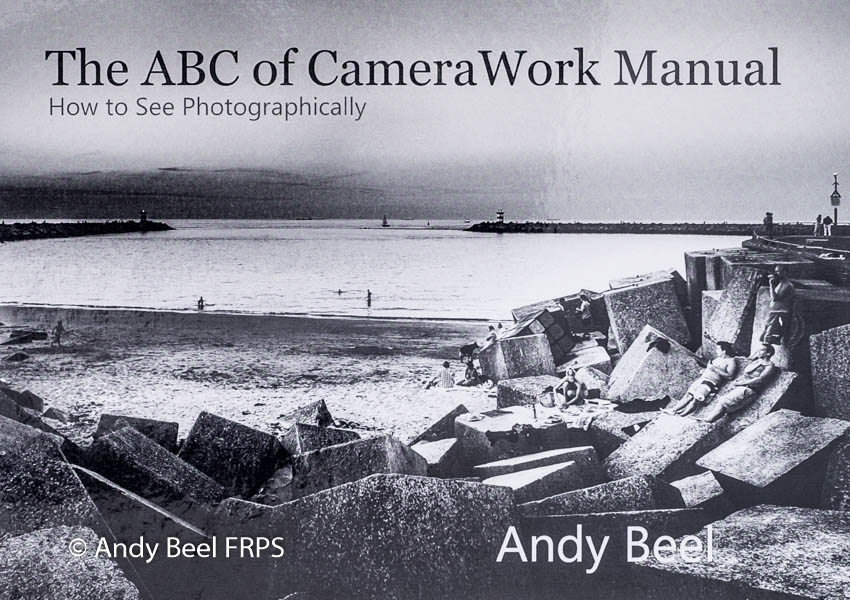